Thousands of migrants and asylum seekers gathered around the Community Day Centre (CDC) after armed groups linked to the Interior Ministry conducted widespread raids and makeshift shelter demolitions in Tripoli’s Hai al-Andalous municipality. They were purportedly targeting criminal networks but left thousands homeless. Those who remain outside the CDC, where the UN refugee agency, UNHCR, previously provided medical assistance and other services, are peacefully demanding evacuation from Libya to a safe location amid worsening humanitarian conditions and attacks by armed groups.

“By demolishing migrants’ and asylum seekers’ makeshift shelters, Libyan authorities manufactured a humanitarian crisis, leaving thousands of people fending for themselves in the streets,” said Hanan Salah, Libya director at Human Rights Watch. “Libya and European states should urgently respond to this rapidly deteriorating situation as people are being exposed to violence and lack basic any help for basic needs.”

More than 1 million displaced people struggle with hunger in Yemen

Migrant crisis on the Belarusian-Polish border

People struggling with famine in Afghanistan are waiting for help.

Pakistan launches the biggest ever measles campaign in the world

More than 1 million displaced people struggle with hunger in Yemen

Migrant crisis on the Belarusian-Polish border

People struggling with famine in Afghanistan are waiting for help.

Pakistan launches the biggest ever measles campaign in the world

More than 780,000 people have been affected in South Sudan since May, a call for help was made against the risk of disaster.

Unable to allocate funds for health and climate change

Thousands of people in Ethiopia are waiting for urgent help 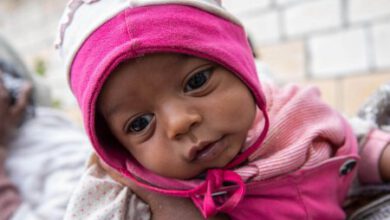 Drought and conflicts exacerbate the food crisis in Africa