COVID-19 cases in Libya have risen more than 15-fold in less than two months, spiking from 571 in June to more than 9,000 today, the Red Cross said Thursday.

More than half a million people need healthcare assistance as conflict, COVID-19, and economic collapse threaten to plunge hundreds of thousands of civilians deeper into chaos, said the Geneva-based International Committee of the Red Cross (ICRC).

More details are available from the ICRC’s press release;

War-torn Libya’s COVID-19 cases have increased more than 15-fold in less than two months, spiking from 571 in June to more than 9,000 today. More than half a million people need health care assistance as conflict, COVID-19 and economic collapse threaten to plunge hundreds of thousands of civilians deeper into chaos.

Libyans are already reeling from nine years of conflict in which families have been bombed out of their homes, health care facilities have been destroyed, infrastructure has crumbled, and the economy has collapsed, Peter Maurer, President of the International Committee of the Red Cross (ICRC), said at the end of a visit to the country this week. 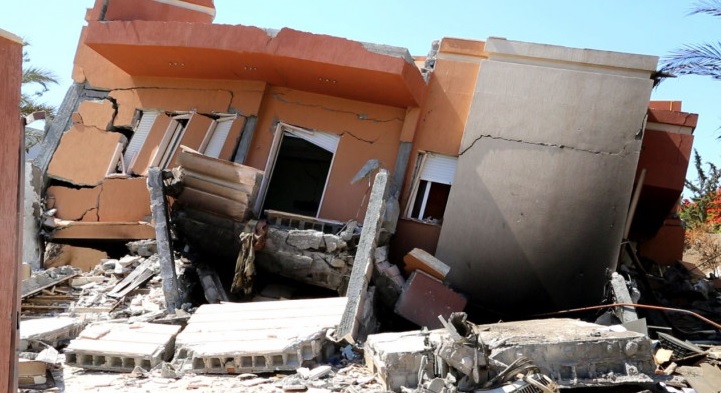 “In Benghazi and Tripoli, I saw first-hand how civilians are suffering because of the catastrophic consequences of this conflict,” said Mr Maurer. “Neighbourhoods on the former frontlines in Tripoli are badly scarred and families have little if anything to return to. People are also at risk of being killed or injured by dangerous unexploded munitions. At the same time, infrastructure all over the country is falling apart. People have little electricity, drinking water, sanitation, or medical care in the middle of a growing pandemic.”

In Benghazi, Mr Maurer met with Field Marshal Khalifa Haftar, commander of the Libyan National Army (LNA), followed by a meeting in Tripoli with Fayez Al-Sarraj, head of the Presidential Council and Prime Minister of the Government of National Accord (GNA) of Libya. In Benghazi, he also met leadership of the Libyan Red Crescent, which has been playing a role in stopping the spread of COVID-19.

The conflict has battered Libya’s health system. Hospitals and clinics have been damaged in the fighting, while others were forced to shut their doors because they were close to the frontlines. Other facilities are decaying from underinvestment.

The economic impact of conflict and COVID-19 is also hard-felt. Most people surveyed by the ICRC said that their livelihoods have suffered because of COVID-19. Daily wage earners and migrants are the hardest-hit as income opportunities have evaporated as prices of staple foods have increased by about 20% on average but doubled in some areas. Prices are expected to climb further since Libya imports most of its food and oil production has ground to a halt. Milk, vegetables, bread, and fuel are already in short supply.

The ICRC is closely following the military build-up around Sirte and remains committed to its role of neutral intermediary between the Government of National Accord (GNA) and the Libyan National Army (LNA) to address humanitarian needs and calls for safe and unimpeded access to people in need on all sides of the conflict.

“We urge all parties to the conflict, including their international supporters, to respect international humanitarian law,” said Mr Maurer. “Civilians must be spared in hostilities and should never be the target of attack, nor should the infrastructure they rely on for their survival, like hospitals, schools, and water and electricity plants. Their right to humanitarian assistance must also be respected.”

The ICRC, together with the Libyan Red Crescent, has continued to respond to the needs of Libyans created by the conflict and the COVID-19 pandemic. In 2020, this has included food parcels to nearly 93,000 people and cash transfers benefitting 35,000 internally displaced Libyans, including households led by women, as well as infrastructure repairs of water and sanitation facilities for 570,000 people and three medical care facilities for 57,000 people. Around 100 hospitals and primary health care facilities have received medical supplies and nearly 300 health care workers have been trained in COVID-19 infection prevention and control. More than 1,000 people living with disabilities have received physical rehabilitation services including prosthetics.