The wounds of the flood disaster that hit the Western Black Sea on the 11th of August still continue to heal. In the Bozkurt district of Kastamonu, which was hit and severely damaged by the flood disaster, the efforts to clean the mud and debris covering the district continue along with delivering aid to those in need. 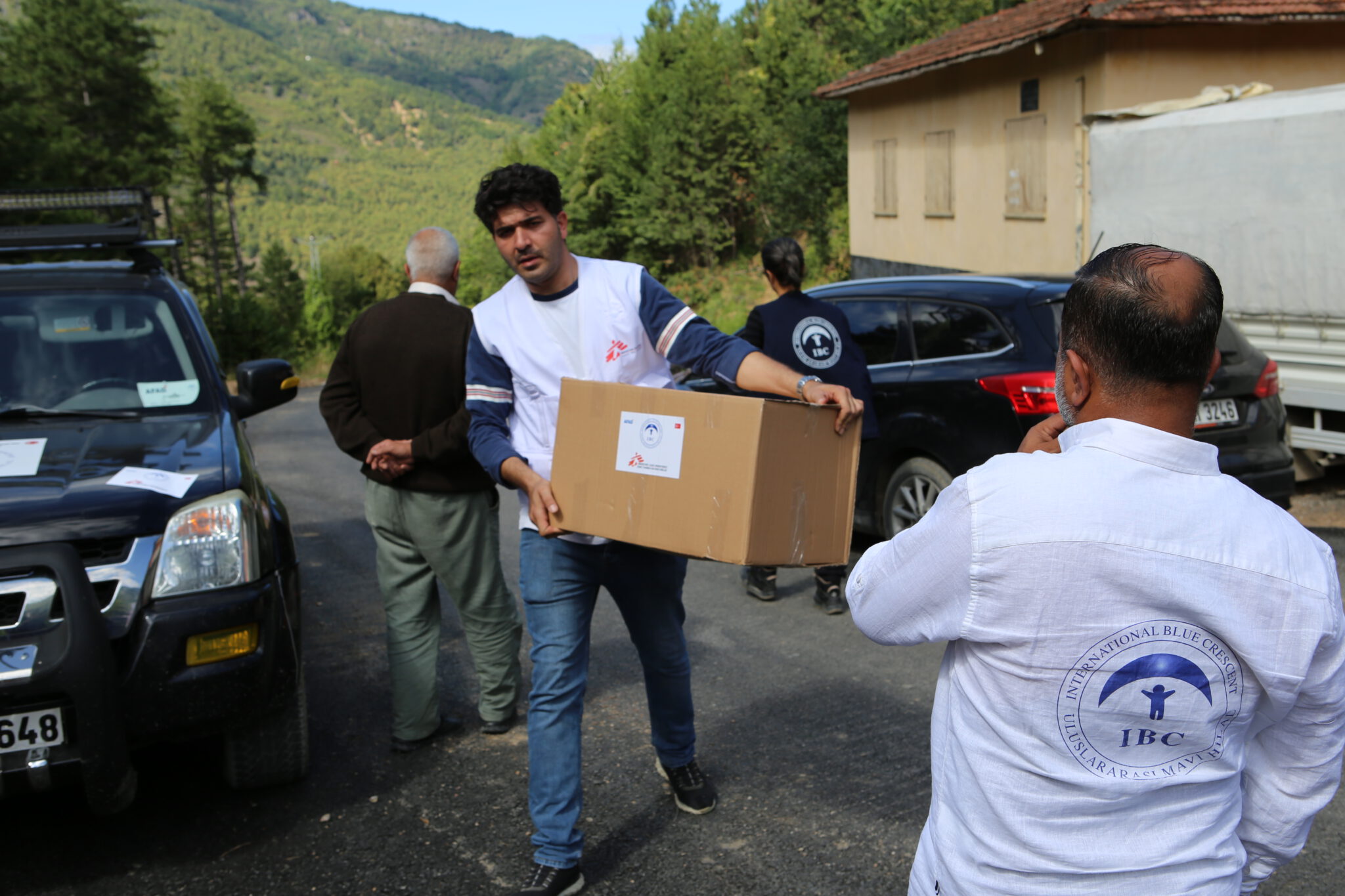 International Blue Crescent Foundation (IBC) together with its partner organization Doctors Without Borders -France (MSF) delivered the aid materials consisting of 500 hygiene and 500 food parcels to the mountain villages of Bozkurt under the coordination of the Turkish Red Crescent. 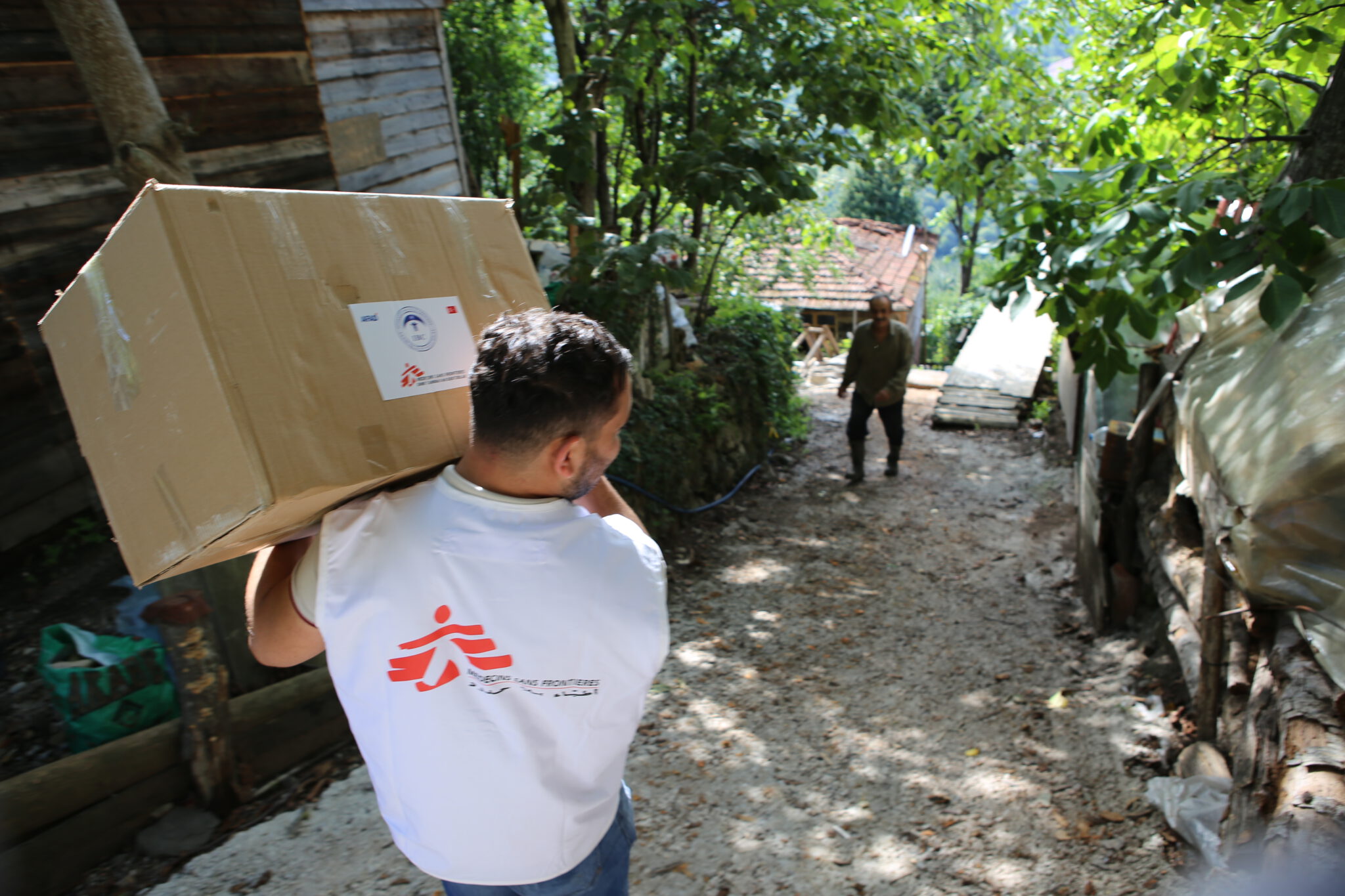 In addition to food packages consisting of rice, sugar, oil and dried legumes, hygiene packages consisting of toilet paper, toothbrush, toothpaste, diapers, women’s pads, soap, paper towel and cologne were distributed to those in need by Blue Crescent Foundation and Doctors Without Borders – accompanied by the
Red Crescent teams.

Kastamonu Governor Avni Çakır, who examined the aid works in the villages on-site, came together with Levent Öztürk, coordinator of the International Blue Crescent Foundation Emergency Aids team in the village of Bayramgazi. 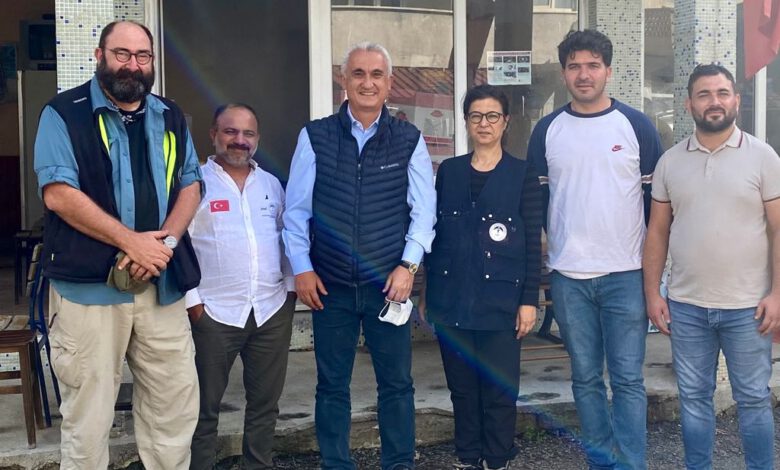 He pointed out that the dimensions of the disaster were much larger than the flood disasters experienced until today, and used the phrase “an earthquake created by a flood”. Emphasizing that there is a tsunami-like picture in the Bozkurt district center after the earthquake, Governor Çakır said, “The mud layer that the sea formed is many meters high. The work to clean this mud layer has been going on for a month,”

Governor Çakır also thanked the International Blue Crescent Foundation for its support since the first days of the disaster.

In the meantime, the citizens who were stuck in the villages were transferred to safety areas by helicopters, and the patients were taken to the hospital. Generators were moved to villages with no electricity. Two bridges, one of which is mobile, were built to compensate the destroyed bridge over the Ezine Stream. 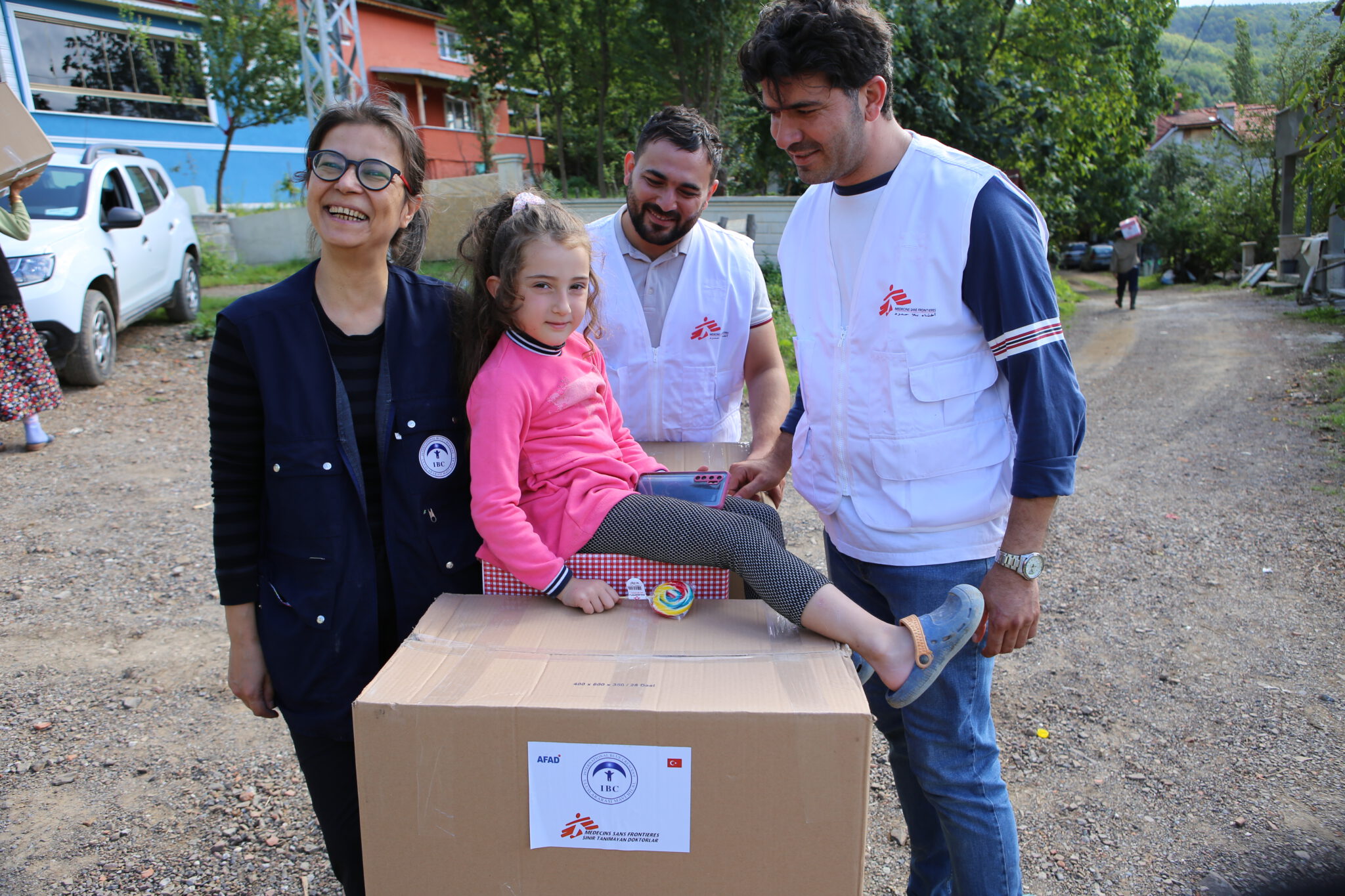 The demolition of heavily flood-damaged buildings began, and electricity and water were supplied to other buildings. The State Hospital, whose garden and basement were flooded, became able to serve patients, and mobile pharmacy service was introduced. The vaccination of the COVID-19 began as soon as possible in the district.

While the works to repair or completely demolish and reconstruct workplaces and shops continue, approximately 40 container shops were created in order not to adversely affect commercial life in this process.

In addition, the construction of 32 container houses brought to the district by the Governmental Mass Housing Administration (TOKİ) affiliated to the Ministry of Environment and Urbanization and the Disaster and Emergency Management (AFAD) Presidency of the Ministry of Interior has started.

And the construction of 952 residences and 170 village houses in Kastamonu, Sinop and Bartın has been announced by the Minister of Environment and Urbanization Murat Kum.

While 206 million Turkish Liras of support came from 93 OIZs (Organized Industrial Zones) for the “Ben de Varım” (I’m Here Too) aid campaign launched by President Recep Tayyip Erdogan for citizens affected by fire and flood disasters, Interior Minister Süleyman Soylu announced that a total of 450 million donations were made to the special accounts of AFAD and governorships.