Over the course of her life, Za Beda, a 27-year-old Rohingya woman living in Myanmar’s western Rakhine State, has had to adapt to increasing restrictions on her rights and freedoms.

In 2012, intercommunal clashes rocked Rakhine State. Za Beda was 17 at the time and had just started her own family. Together with tens of thousands of others, they were forced to flee.

A decade later, over 153,000 Rohingya like her remain displaced, the majority of them confined to camps. An additional 447,000 live in villages where they have little freedom of movement, affecting their ability to obtain healthcare, attend school or make a living. Another 700,000 Rohingya fled a further round of violence in 2017 and now live as refugees in Bangladesh and elsewhere in the region.

Restrictions on the amount of land the camps can occupy have meant that many are unable to expand to accommodate growing populations. Living in a crowded camp with limited sanitation facilitates and a growing family has brought hardships for Za Beda. “I have difficulties sleeping because there is not enough space for the eight of us in our shelter. I often go to my neighbour’s house to sleep,” she says.

IN FOCUS
3 hours ago 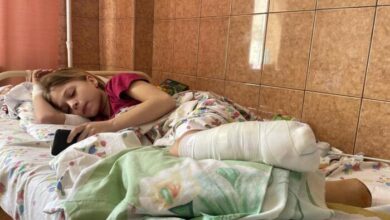