A Yemen aid conference held in Riyadh on June 2 saw donors pledge only $1.35 billion of the $2.41 billion needed to cover essential humanitarian activities until the end of the year, leaving a gap of more than $1 billion.

The United Nations has said it has been forced to close or severely cut back half of its major programmes in Yemen to tackle the world’s worst humanitarian crisis.

“We have a moral obligation to warn the world that millions of Yemenis will suffer and could die because we don’t have the funding we need to keep going,” the UN humanitarian coordinator for Yemen, Lisa Grande said on Wednesday.

Grande said UN programmes in Yemen had had a “real impact,” preventing large-scale famine, rolling back the worst cholera epidemic in modern history and providing help to millions of displaced people, and she appealed to donors to provide the funds to keep them going. 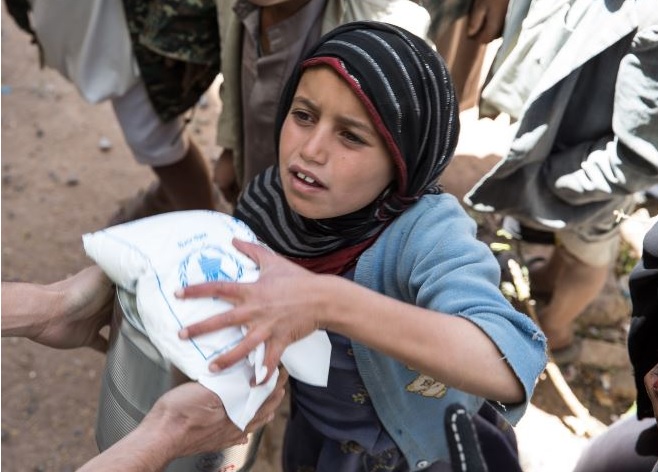 Five years of war between pro-Iran rebels and a Saudi-led coalition, which intervened to shore up the beleaguered government have left nearly 80 percent of Yemenis — more than 24 million people — dependent on some form of humanitarian aid.

A Yemen aid conference held in Riyadh on June 2 saw donors pledge only $1.35 billion of the $2.41 billion needed to cover essential humanitarian activities until the end of the year, leaving a gap of more than $1 billion.

Saudi Arabia, a key player in the conflict, emerged as the biggest donor, pledging an aid package worth $500 million.

The UN said the impact of underfunding had been dramatic, against what it has termed the world’s worst humanitarian crisis.

In April, food rations for more than eight million people in northern Yemen were halved and humanitarian agencies were forced to stop reproductive health services in 140 facilities.

Health services were cut or reduced in a further 275 specialised centres for treating people with cholera and other infectious diseases.

Allowances to nearly 10,000 frontline health workers were stopped and the supplies needed to treat trauma patients, who will almost certainly die without immediate treatment, were halted.

If funding is not urgently received within weeks, medicines and essential supplies for 189 hospitals and 2,500 clinics, representing half of the health facilities in Yemen, will halt just as the world does battle with the coronavirus pandemic.

International medical charity Doctors Without Borders (MSF) has warned that Yemen faces a “catastrophe” from the disease.

The UN says Covid-19 has likely already spread throughout most of Yemen, even though less than 2,000 cases, including 537 deaths, have been recorded.

IN FOCUS
57 mins ago 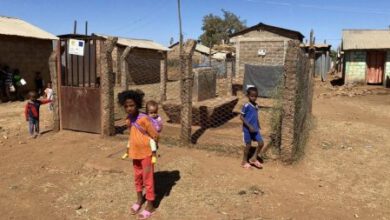 Eritrean refugees in Tigray caught up in conflict